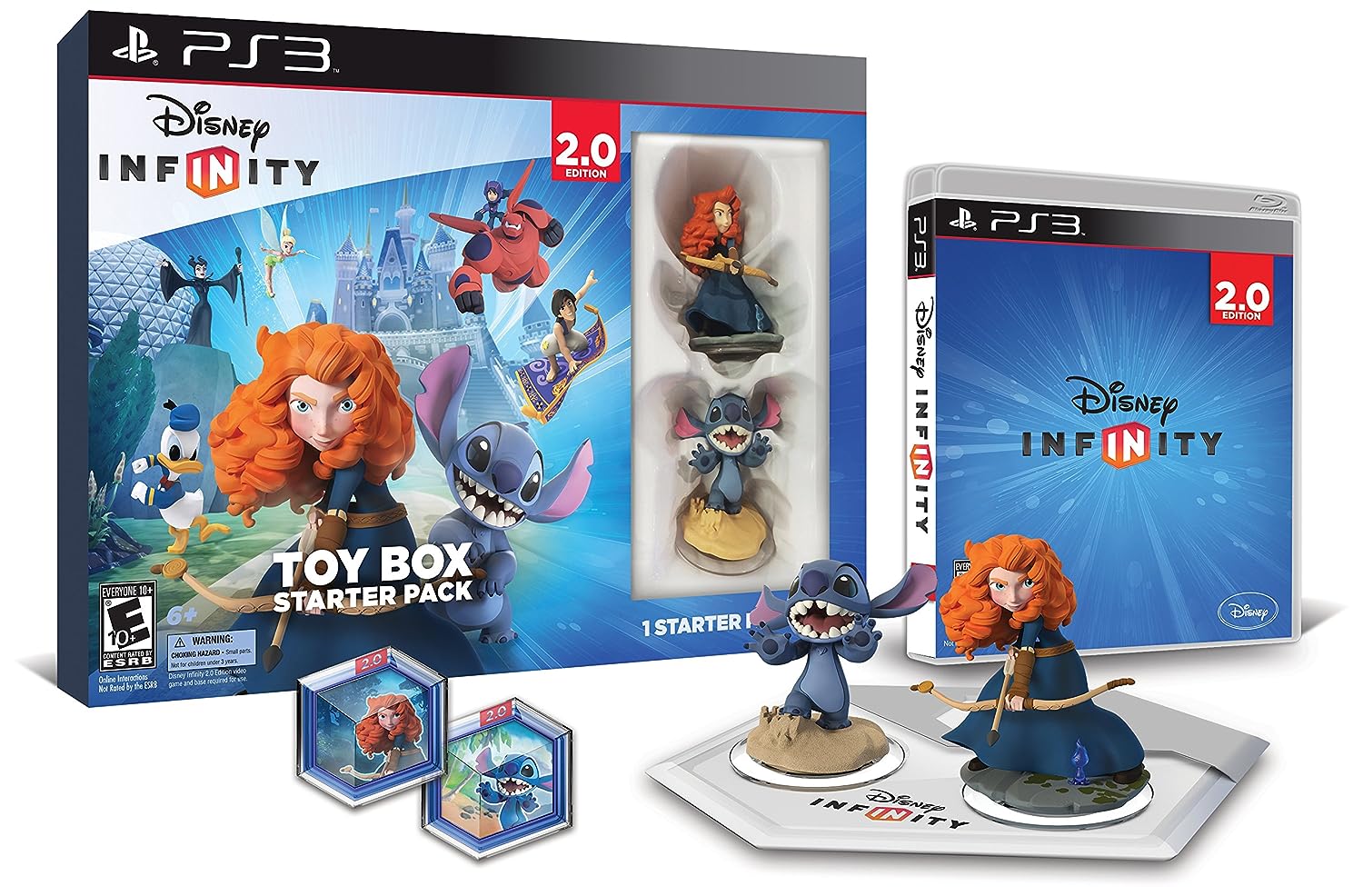 Date:Reviewed in the United States on March 6, 2015

Review:I got this for my daughter, 6, who begged and begged after playing it at her friends house. I have played with my daughter a few times and found that the game is entertaining with all the downloadable contents but very limited. I see this game lasting because of the many characters available for purchase. Keyword "purchased". Its been a couple of months since I bought this for her and she seems to loose interest very quickly even though she only plays it on the weekends. Unless you are willing to fork out the minimum of $12 a character, you can find deals for less, or have 2 kids to play, I dont feel that it was worth the price I paid for it. Read more

Date:Reviewed in the United States on September 25, 2017

Review:I bought this for my daughters 8th birthday.. Perfect for beginners!! We have tried several games and she has really has not caught on to any but Infinity is a different story. My son also has Infinity and he is more advance game player. I Recommend for ages 6-11 :) Read more

Date:Reviewed in the United States on September 24, 2017

Review:I bought this product for my nephew for his birthday he loves the 3.0 version, but I will say he loves this one more. The difference is he can actually build in the toy box hub as 3.0 it doesn't allow you to build in the hub. Read more

Review:I misplaced the cd to my son's infinity game so when I was looking for a replacement cd I decided to get this game set instead because it was just a $5 difference. My son likes this toy box game Read more

Review:A lil girl from the school where I work, told me not to buy this for my daugter. Shectold me instead to buy skylanders becuse she could 1. Grow out of Disney characters and 2. Skylander had better graphics. I should've listened to her!! This game has so many glitches, the characters constanly get lost in a bush or walk into a rock walls. My daughter is 7 so its fine for her but she dowsmt know any better, lol Read more

Review:Great game for families! My boys are 2 and 3 almost 4) and they LOVE just walking around in toybox mode or sitting with mommy/daddy "playing" the game. Even if your family is not a "gaming" family this is a great option to bring the entire family together! So happy with this buy and the great deal! Read more

Date:Reviewed in the United States on December 29, 2014

Review:I'll update and edit this if I'm able to get a copy that works, but this is only the second Disney game we've gotten, and the 2nd that hasn't worked. I can't even get the game to load past the "update" mode. 20% in and the screen goes black, and stays that way. Will probably have to return, hoping to get another copy that will at least work. (I accidentally posted this 2 days ago under the Frozen Play Set, so just copy and pasted here). Update: So, today I find out that my PS3, the original 80gb system, has a "hardware issue", when dealing with this newer game. Hmmm, seems to me if you KNOW this ahead of time, maybe it should be stated on the BOX, or the PRODUCT DETAILS!!! Not just listing it as a PS3 game...well your pieces aren't universal, so apparently your updated games aren't universal on PS3 either. So now I have the option of buying an entirely new updated version of the PS3, or returning the game, along with all of the characters we bought for Christmas and my daughter's b'day. You seriously dropped the ball on this one Disney. The ONLY other game I've ever had an issue with on my "outdated PS3", was Epic Mickey 2...seems we just need to stay away from Disney games. Read more

Date:Reviewed in the United States on January 26, 2015

Review:This game is awful. If you are expecting Skylanders set in the disney universe you will be sorely disappointed. So far after and 40 minutes the game has crashed 3 times. Luckily my daughter (6) isn't nearly as annoyed with this as I am. The controls are pretty sloppy compared to Skylanders and from what I can tell the main draw here is for you to create your own world. All in all this game is terrible and confusing and I am a gamer, not sure how my child will figure out how to play. Save yourself a headache and get Lego something or Skylanders Read more