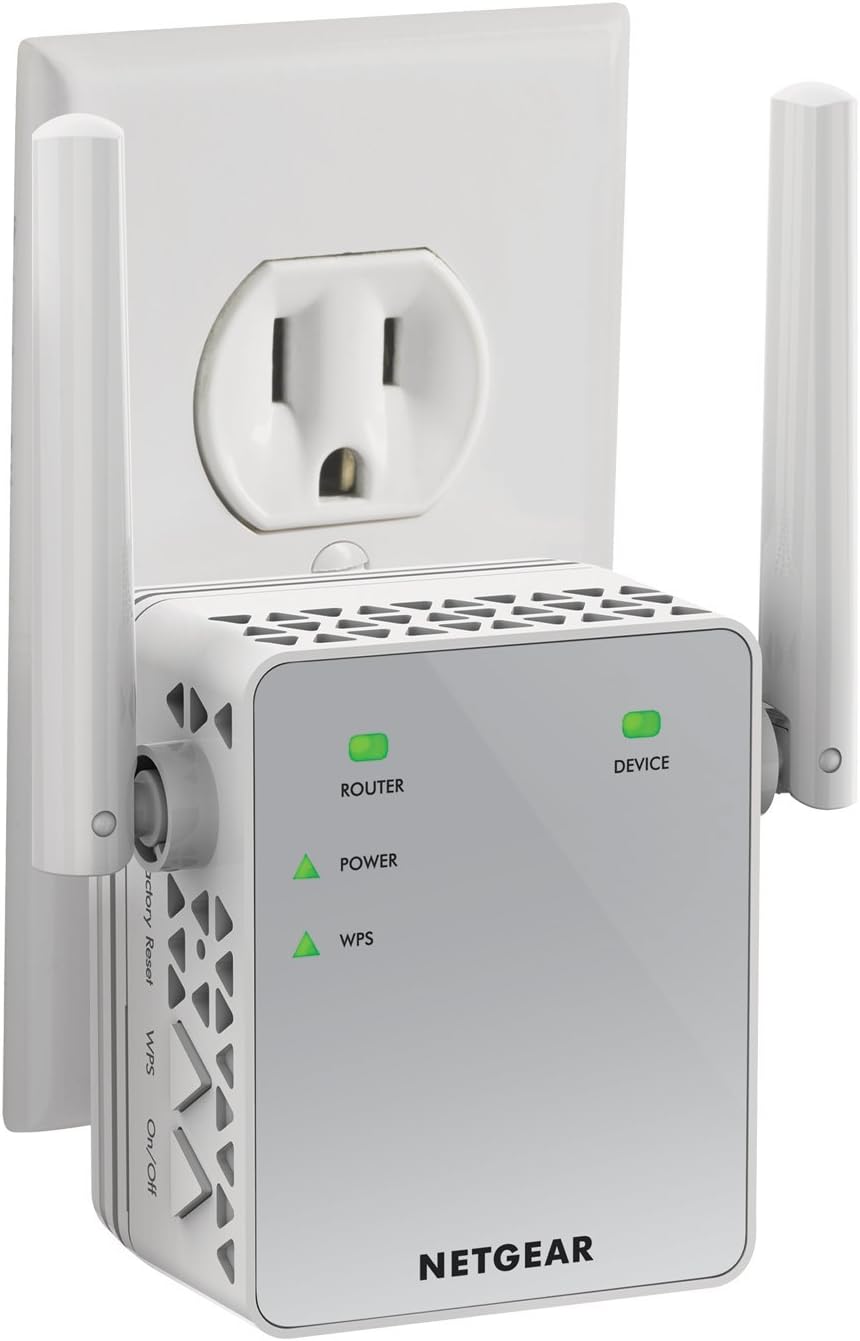 Review:If this review does not convince you to avoid NETGEAR read the additional reviews from other customers I have listed at the bottom. If after reading those you purchase a NETGEAR product you are getting what you deserve. I thought NETGEAR would be a solid choice for an extender and was totally unprepared for the very BIG SCAM attempt that transpired. My intention is not only to give 1 star for this device, but to warn people away from NETGEAR at all costs. Just as context I am tech literate enough for a simple device setup after 30 years as a Database Specialist. In a nutshell setup requires that the extender become 'aware' of your router so that it can repeat/extend your signal. Page 9 of the booklet THAT COMES IN THE BOX with the device is titled 'Connect with Web Browser Setup.' Please see the attached photo. Step 3 directs you to a page for 'New Extender Setup Screen' and tells you to click 'New Extender Setup' button .. But instead you are on what looks to be a NETGEAR Page, but no new extender setup info AND almost immediately an unsolicited Support chat opens .. I did not realize it, but it was a phishing robot masquerading as a human and soliciting info which led to a tech calling me .. at this point I am surprised and amused at how bad this support is, but not suspicious .. until shady tech calls (using name that his parents are not possibly aware of) and will not answer my question about why the instructions do not match the page and why do i need an expert for something this simple (he essentially tried to convince me that customers are stupid) .. then .. without the explicit warning and permission that any legit support tech for a legit tech company will provide and make sure the customer understands and agrees to.. goes into full SCAM mode and tries to trick me into giving him access to my computer .. WTF ? I confronted him and he actually got tough and tried to defend his actions .. Again I am at the very least tech literate, but was not on my guard due to the origin of this transaction being the NETGEAR QUICK START BOOKLET !!!! Seriously I am sure lots of people get hooked on this ... see The Sept 2018 1 star review telling the same story (with a comment for another customer who advised same thing and was scammed for $90). NETGEAR is not a legit tech company as there is no way they do not know this is going on. Amazon as well bears some responsibility. Do yourself a favor and bypass NETGEAR products. BTW I tried a number of ways to get in contact with someone at NETGEAR for their side of the story before posting this review, but it was impossible and I went in circles for over an hour. If you are still thinking of buying NETGEAR then read 6-14-19 review by Chu, 9-23-18 by Miller, 6-11-19 Monteith, 2-21-19 Hughes or 10-5-18 with 'Beware' in title .. One says that SCAM tech support actually left them with a non-functional PC. Read more

Review:After about 9 months of light use, the 2.4g channel has stopped working on all devices (5g works fine). I called Netgear technical support and they only offer complimentary support on this product for 90 days, after which they want you to pay for support. I researched this issue online and found several posts with the same problem. I have done a factory reset, firmware update and confirmed the settings are correct. Netgear does offer a 1-year warranty but they require a return authorization number, which can only be obtained through technical support, which requires a paid subscription. This doesn't seem ethical. I would avoid this product and given the warranty/technical support catch 22, I will certainly be considering other manufacturers for future purchases. Read more

Date:Reviewed in the United States on August 4, 2018

Review:I bought this to increase the wifi signal (which is very weak, resulting in relatively slower DL's) for the second story of my home, because I read things like, "FASTER WIFI SPEEDS - Combined speeds up to 750 Mbps", and, "Mobile Up to 100% Faster Improve your mobile WiFi speeds by up to 100% with AC750 WiFi Range Extender!", - both are direct copy pastes from the Amazon sales page..... Unfortunately, on page 7 of the user manual, you find this gem: "Data traffic routed through the extender is inherently slower than traffic routed directly from the network." Speed test results (with Gigabit internet service): Regular WiFi: 279M down; 41M up. 2G extender: 156M down; 42M up. 5G extender: 122M down, 41M up. The range extender has a much stronger signal, but is close to half the speed! Total waste of money. Read more

Review:When it arrived and I took it out of the box I thought it was broken because the manual and directions kind of suck because to do the step by step directions don't work right. It took some trial and error to figure it out because I thought I had a bad extender out of the box. 1st thing you want to do is plug it into an outlet right next to your main router and what that does is let's them sync up to each other. 2nd thing you want to do when the extender power button is solid green is push the WPS button on your main router until it's blinking and then push the WPS button on the extender. 3rd thing you should see the lights on the extender light up on the Router, Power, and WPS. The Device light will stay unlit until you try and log into the extender. Click your WiFi settings and you will see a new 2.5ghz and a 5ghz and those are your new ones that are broadcast through the extender. I know this is confusing but you need to enter your password that you use on your Internet provider on the new extender and log into it and try both the 2.5ghz and the 5ghz and save both of them and you should see the Device light on the extender light up to green. When you have done the complete install with the WPS feature on your main router then you ready to move it to the other side of the house but don't move it to far because you mighy not get a strong signal. Mine is about 20ft from my main router and it covers this old stone wall farmhouse perfect. The last thing you want to do is hit the WPS button on your router again and hit the WPS button on the extender again and if there within a good distance of each other and all lights are green then you should be up and running but if there not green then you will have to move it closer to your main router. If your main router doesn't have a WPS option on it then you might have to call netgear online support to help you out because I didn't find another way to install it correctly. Another thing is if the power ever does go our just sync them back up with the WPS button and wait like 5mins and it will work again because you already did all the setup. I leave mine on 24/7 and it runs a little warm here and there but that's normal and I have never had any issues except power outages from thunder storms. Hope this helps someone else but every Internet providers router might be different but I'm using the new Comcast router on the triple play with the works. Read more

bonsaii Paper Shredder for Home Use...