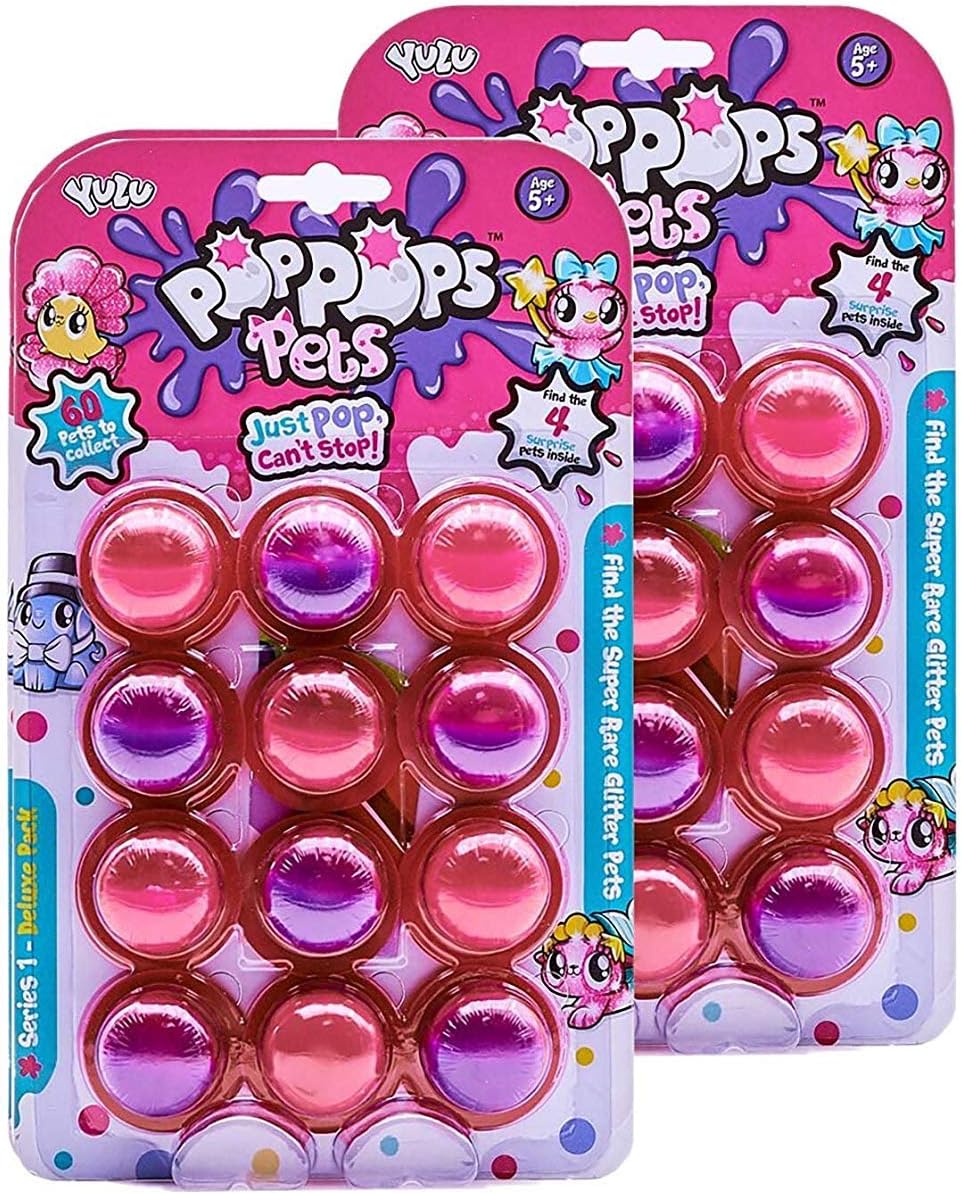 Date:Reviewed in the United States on January 8, 2020

Review:I know everyone is jumping on 'surprise toys' but I was very disappointed with these. There is not a toy in every bubble and the slime is very messy. The bubbles that do co tain a toy are so tiny you could easily not see it. Seems like a potential choking hazard to me for not just kids but dogs or cats as well. We dropped one of the 'toys' and could not find it in our carpet. My dog was smacking on something 20 min. Later and it was indeed the missing toy. So many other things out there if you want to spend money on a surprise element. Read more

Review:I didn't realize that each one does not have an item in it. I bought these for birthday goodie bags and feel embarrassed. Besides that, my boys enjoyed playing with them. Read more

Date:Reviewed in the United States on February 22, 2021

Review:What a rip off. I paid for the two pack(24 bubbles)which ended up being $20 for maybe a dollar's worth of toys max. The slime is awful, mucousy extra sticky slime. My daughter promptly lost one of the little toys in less than 2 minutes because it fell and bounced into somewhere that couldn't be found. I mean the little animals are kind of cute, but definitely not worth what was paid. Also I wasn't aware that there are only four surprises per pack of 12 when I purchased them. My daughter was so disappointed. Read more

Date:Reviewed in the United States on June 1, 2021

Review:My granddaughters are obsessed with watching the videos of these on YouTube Kids. ALL of the ones they do on the video have little toys in them. NOT these. You only get 4 in the pack of 12. I would not have bought them if that was the case. Girls are disappointed. I feel like I wasted $20. I could have just gone to the Dollar Tree for slime and a pack of small toys. Next time. I won't be fooled again. LOL Read more

Date:Reviewed in the United States on February 10, 2020

Review:Why did I just spend $10 on something I could have spent less than a$1 in a grocery 25 cent machine. Save your money. Only 4 of these snot bubbles even have anything in them. Read more

Date:Reviewed in the United States on December 21, 2020

Review:I bought these for my nieces. The concept is so cute!! Slime filled pods you smash open with either your hand or a hammer you can buy separately to find mini pets inside , but you can't tell which pods are empty and which have a surprise! At least that's what it should be like. A lot of the pods were not all the way full with slime - which allowed you to see the pet automatically. Also the slime color was wayyyyy too light and you could see right through to reveal the pet or the fact that there was none. There was no "surprise" about it as you can instantly tell which pods have a the surprise and which do not, just by looking at them. Again,, the concept is super cute, but they were total duds!! This could turn out to be a great toy if the company goes back to the drawing board, makes some serious tweaks with color and consistency/thickness of slime and comes out with a new version. Read more

Review:Waste of money. You pop these little balls that are filled with the stickiest slime imaginable! Out of the 12 you pop, you only get 4 little (I mean little), characters. Three kids had a hard time popping them at first, but got the hang of it. Personally, I don’t like that the slime is sticky all’s runny, and I don’t want it laying around on my house, so in the garage it immediately went. Waste of money for a few minutes of popping and only 4 tiny soft plastic characters in the whole pack. Read more

Date:Reviewed in the United States on November 7, 2020

Review:As pictured i don't know why they can't just put the teeny tiny microscopic toy in every pocket because they are so tiny they are clearly making their moneys worth off these toys and my son doesn't like the slime so we throw it out.... its OK but overall I wouldn't buy again Read more

LCD Writing Tablet Board, 8.5in Electron...