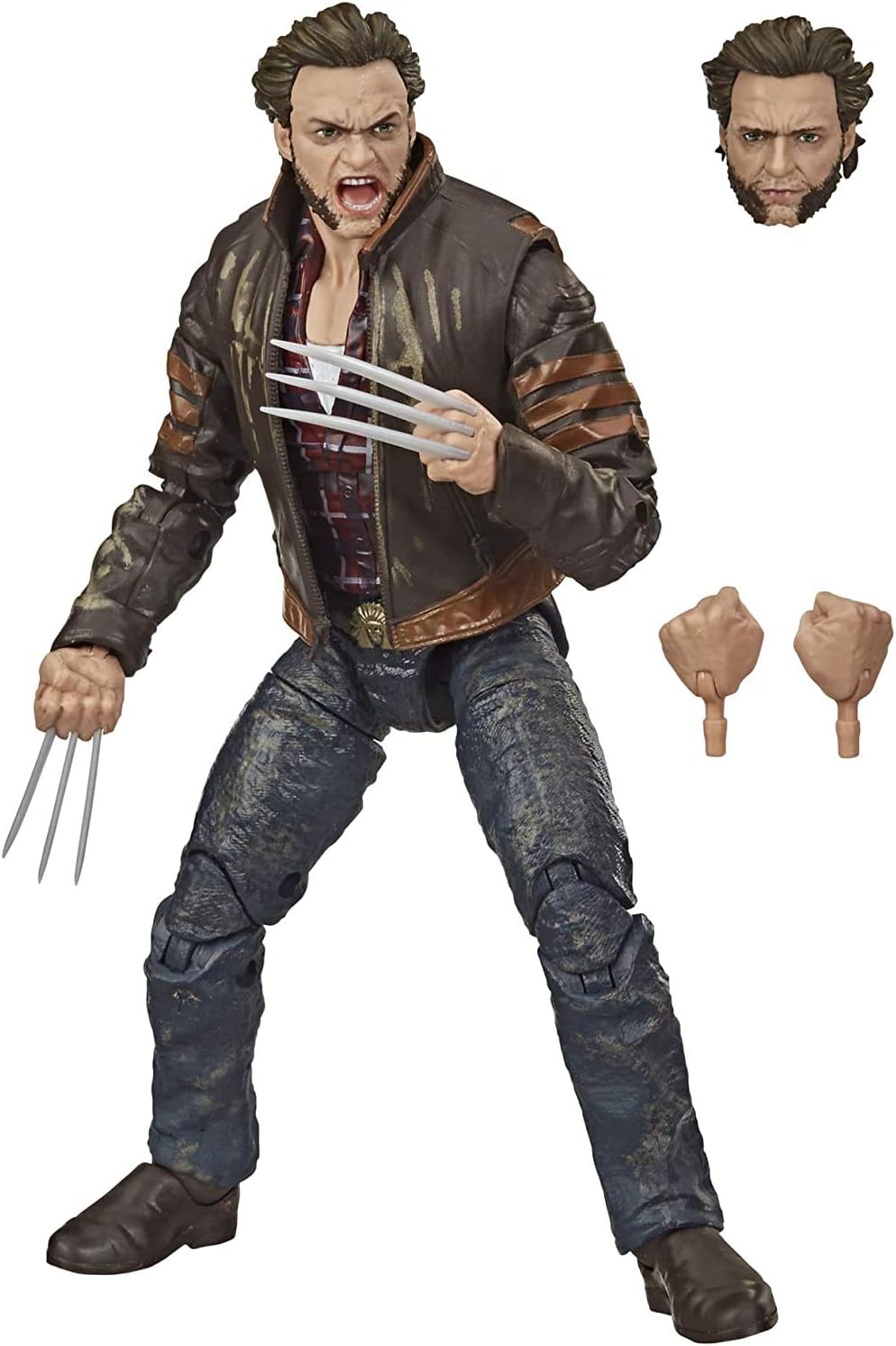 Add to whishlist
Share:
Cost Break Down
About this item This fits your . Make sure this fits by entering your model number. P.when("ReplacementPartsBulletLoader").execute(function(module){ module.initializeDPX(); }) 6-INCH-SCALE COLLECTIBLE WOLVERINE FIGURE: Fans and collectors alike can enjoy this 6-inch Wolverine figure, inspired by the character from the X-Men movies. MARVEL MOVIE-INSPIRED DESIGN: Wolverine figure features premium design, detail, and articulation for high posing and display in a Marvel collection. PREMIUM ARTICULATION AND DETAILING: This quality 6-inch Legends Series X-Men Wolverine figure features multiple points of articulation and is a great addition to any action figure collection. MARVEL UNIVERSE IN 6-INCH SCALE: Look for other Hasbro Marvel Legends Series figures (each sold separately) with comic- and movie-inspired characters, including Marvel’s Mystique, Cable, and Deadpool. (Additional figures each sold separately. Subject to availability.)

Date:Reviewed in the United States on January 23, 2021

Review:Marvel Legends was fortunate in obtaining to make action figures for the X-Men movies created by FOX thanks to the recent Disney merger. I had no idea what to expect given that the X-Men movies made toys under the Toy Biz banner and were modestly made but as the new figures came out, I had to admit I was more than pleased and saved my money to get these figures. This action figure is essential to the X-Men franchise in Wolverine. This figure/character was made popular from the very first X-Men movies, the recent reboots, and of course the spinoffs. All played by the talented Hugh Jackman. This action figure resembles his outing in X-Men Origins: Wolverine from his jeans, jacket, and plaid shirt having a great likeness to Hugh Jackman. The Marvel Legends version being superior to the Toy Biz version. The figure stands at 6.5 inches and with the same articulation as other Marvel Legends action figures. This figure includes an alternate set of hands that include his legendary Adamantium claws that are an inch long, however, the claws are not solid to the hands and wear out, superglue could fix it but make no mistake it is a flaw. Also included is an alternate head that has him howling in rage. A great figure despite its flaws. Read more

Date:Reviewed in the United States on October 3, 2020

Review:I've got at least two dozen versions of Wolverine, dating back to the very first (and admittedly horrible) Toy Biz version with the spring-loaded, recessed claws. I've got a few versions of Jackman's Wolverine, and this is the best Toy Biz/Hasbro figure based on his Wolverine, as well as one of the best Wolverine figures from the past few decades. Amazon's product photos are accurate. The likeness is fantastic, particularly the head without the sculpted snarl. And I think these are the straightest, best-looking claws I've seen on any Wolverine figure. Each claw is a single piece projecting from the fist, and they look rigid, but they're actually fairly soft and flexible. Hasbro did a good job of keeping them safe while making them look as dangerous as they should. My only critical statement visually is of the paint wash. It's heavy-handed, especially on the jeans, but that could be limited to the figure I received. The overall attention to detail and articulation are really nice. And there's a questionable sculpting choice where the ends of the jacket sleeves extend a little too long and force the wrists to turn at an odd angle. I hate to see the cost going up on Legends figures through some retailers, but this one was well worth the several extra dollars. And anyone who'd been hoping (like me) to see Jackman's Wolverine onscreen with some of the other MCU leads can at least have them assemble on the Legends shelf. He's gonna look great facing off with movie Hulk. Read more

Date:Reviewed in the United States on October 6, 2020

Review:I really wanted this figure for so long and its highly disappointing for it to arrive with this defects. The hair isn't sitting right, the legs came bent, one claw is loose in its place and the neck has a gap between the chest. I would like to get a better looking copy but I am not pleased with my copy. Read more

Date:Reviewed in the United States on October 2, 2020

Review:An absolute win for Marvel Legends collectors and fans of Hugh Jackman alike. The likeness is uncanny and shows how Hasbro is really going all in for their fans. A must have Read more

Date:Reviewed in the United States on November 6, 2020

Review:The figure is very detailed but there are so many imperfections. Had to return both of my figures because one came with the hair misaligned like one user posted and the other came with a broken nose or huge line on the nose. Very disappointed. I think with these figures it would be better to purchase them in stores where you can take a closer look at them. Read more

Date:Reviewed in the United States on December 9, 2020

Review:These type of action figures are my sons favorite. They are movable at all the joints. Great quality. We have had many different types for years and they do not break like most other toys. And he loves that you can change out the heads and hands. Read more

Date:Reviewed in the United States on February 15, 2021

Date:Reviewed in the United States on January 29, 2021

Review:Purchased as a gift and person I gave it to was super happy. Great quality Read more

Review:Yes i own this, as you can see in the photos, i own this. You are welcome for this review. I liked the claws, they r probably the best version of the claws out of all marvel legends wolverine. The only thing I don’t really like, his crazy lookin head, makes him look like a different character. Sick fig Thank ya god for this early Christmas present🙏🏼 Read more

Review:Really nice movie logan to add on to the legends collection Read more

LCD Writing Tablet Board, 8.5in Electron...